I made a bit of a huge u-turn this week with regards to the process of creating the new album. It's all good though. After listening through the selection of nineteen songs that I mentioned in the last article, I kind of came to the conclusion that the songs don't gel together as one coherent album. I feel like because I enjoy a wide variety of music, I tend to enjoy composing in such a variety, from vaudeville ragtime tunes to classical music to progressive folk rock to psychedelic pop songs to jazz and blues. Upon reflection, I have found that about five or six of the songs from the nineteen are going to feature on the album. So I whittled it down to the sharp pointy stick end of an EP length release. Still, wanting to release an album and not just a five track EP, I am now back at the drawing board. The good thing is, these few songs will now help guide the style of the rest of the album, so it will hopefully sound like one complete piece of work, rather than a random mishmash of different styles. That's the idea anyway.

I spent a long time this week diving into the hundreds of demo recordings that I have made over the past few years since releasing 'Oceans in a Droplet' in 2018. I found about twenty more demos of different songs that are in a similar kind of style to the songs that are going to make the cut for the album. I worked on a few of those demos and made a few new ones, and I have actually managed to write two other songs this week that might make it onto the album. Pretty stoked about that.

I thought I'd share a little bit about my songwriting process now for those of you who might be interested. My songwriting is a very personal thing, and I compose music in solitude. This might sound depressing or anti social to some, but it is a choice I made, and one that I truly and deeply enjoy. Not much could be more enjoyable to me than sitting down with my guitar and writing songs on my own. I always feel so lucky that this is what I get to do. It's my solitary happy place.

Melodies sometimes come to me in my dreams, or while I'm walking or driving or when I'm plucking guitar strings and I'll always record my ideas into my phone as rough little demo snippets to come back to later; as per the two songs that I finished this week. However, the majority of the music composition process comes from just showing up and putting in the hours. At the moment I am songwriting every day, always after my daily morning routine of exercise, guitar and vocal practise, and sometimes in the evening time. I feel that I really need to get back to recording music too. I guess that when the rest of the songs come I'll be sure to sit down and record them properly, by swapping out the hours I am putting into songwriting for recording. For now, the focus is back on songwriting though. It is probably one of my favourite parts of the process of creating an album. Good times.

The funny thing about all this though, is that I know that noone really cares about how much work you do. People are only usually interested in the final result. So, I wonder, why am I writing this? I like to think that some of you will find this inspiring (hi there) and it might remind you of the things that you yourself want to do with your time.

Life moves too quickly and it will all be over too soon, so I guess what I'm trying to say is to do the things that you want to do now. Don't bother waiting. I'm currently of the mindset of action over procrastination, and this is coming from a procrastination master. If you yourself are a creative type, I wouldn't encourage you to try too hard. Don't get me wrong here. If you show up and be there; allow it to come. It is not about forcing it but to let it flow through you. It's this thing of not trying too hard, not not trying, but showing up and trying just the right amount. Definitely don't be a cabbage. You could maybe try and write a song using the chords from the letters of the word CABBAGED. If you're a painter you could draw a cabbage. If you're a brain surgeon, practise on a cabbage. If you're a cook, well... you get the idea. Find your happy place.

What are you going to create today?

Have fun. I'm ending this article now to go and write a new song. It probably won't be about a cabbage. 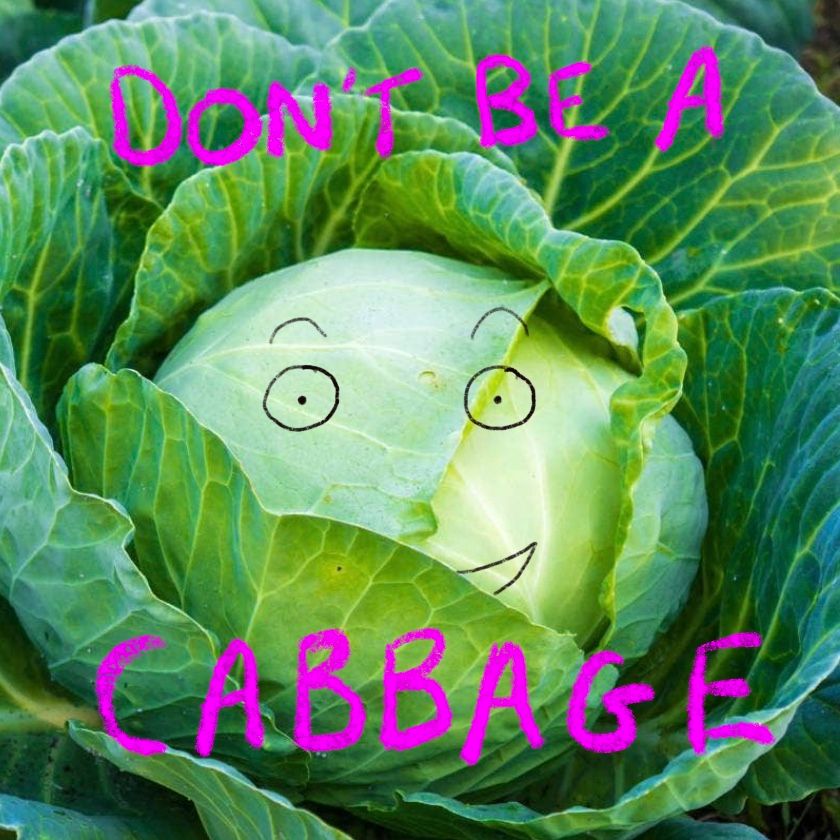 I've decided to publish articles on my website. I am wondering why, what for, and whether there needs to be a reason. Then I think maybe it would be better to just get started and let it all flow. Like stream of consciousness connecting with the one true source of all life. The sauce of the universe. Tasty.

Upon a few deep moments of internal reflection, I think the intention is to somehow document my album recording process and to make myself accountable for making progress with it. Kind of like keeping an online journal, except I probably won't go into the ins and outs of my personal life. You never know, I might get bored and go off on a tangential philosophical ramble, or create a meditation audio track or do a book review or some other random thing – like my favourite food recipe. Or maybe this is just a recipe for disaster, but I'll never know if I don't have a go. I'm writing it with the intention to express, not to impress...

In this first article, I wish to share with you my progress with the album recording. Over the past few weeks I've been sitting down in my music studio and recording scratch tracks of all the songs I am considering for the album. I want to get the songs in order before I sit down to record the album in full. It feels a bit like I'm curating an art exhibition, where the songs are the art pieces and the exhibition is the album.

Anyway, a scratch track is basically where I sit down with my guitar in front of a microphone and sing and play the whole song once through while recording it, just to get an idea of what I've got to work with. So far I've recorded a selection of 19 songs, that make up almost one hour and fifteen minutes. Ideally I want to whittle this down to about 12 songs.

This morning I transferred the songs onto my phone and went for a huge walk around the neighbourhood where I live, and listened back to them all. I'm trying to follow my gut with it and have already found that a few of the songs just arn't as great as I had hoped them to be.

One of the songs that I'm talking about I spent so many days writing and crafting and working on. I remember I started writing it on a farm in the middle of the outback here in Western Australia where I was staying for one week around this time last year. I worked so frickin hard on it over the months but listening back, it just doesn't sound as good as I had hoped it would. Quite frustrating!

Then I compare this to another song that I literally wrote while on the ocean one day last summer. I absolutely love this song. It is so carefree and effortless, and it just feels good to listen to. My gut tells me so.

So, anyway, I feel like wrapping this first article up by reminding myself to trust my instincts more. Follow your heart, feel it in your gut, slathered in Universal Sauce. 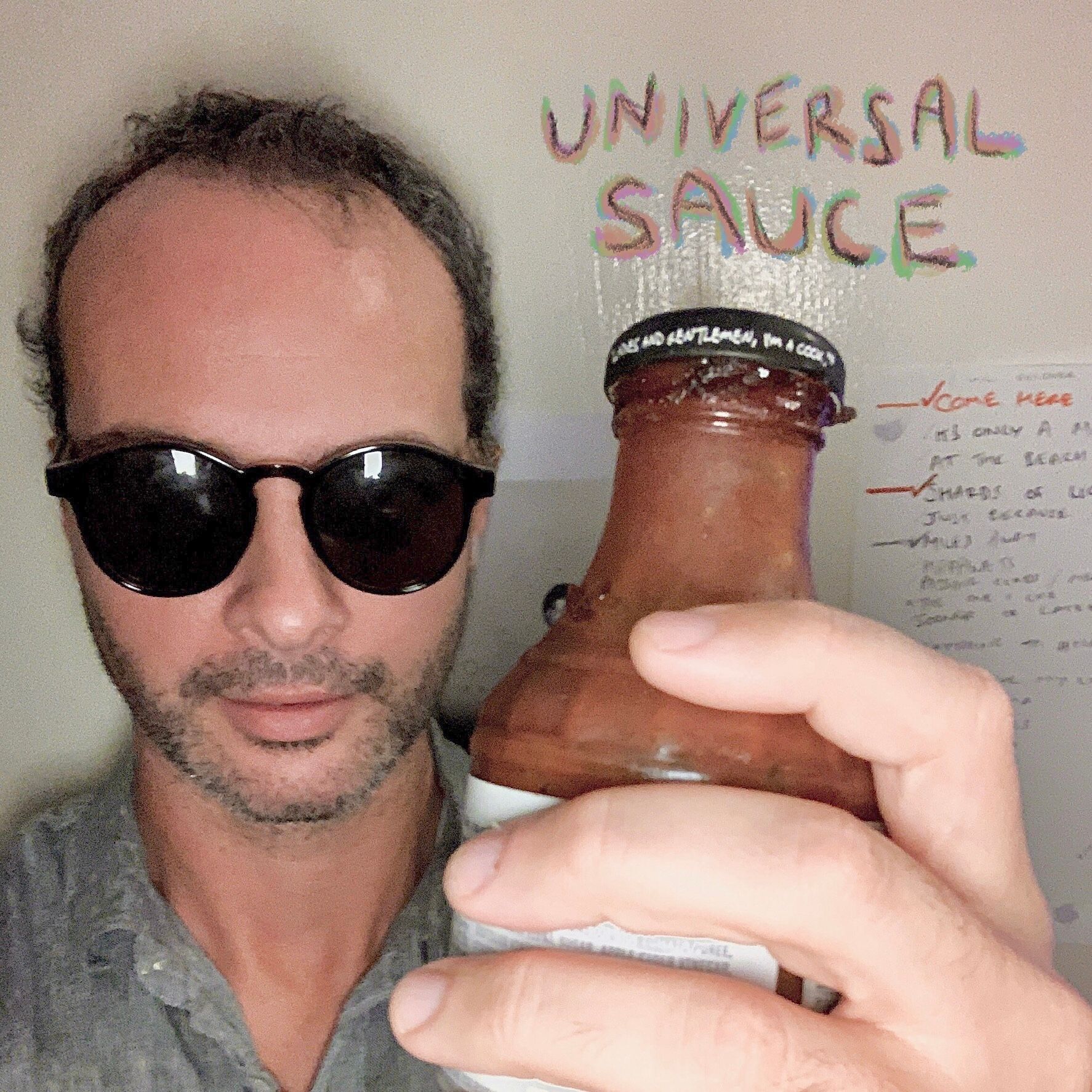